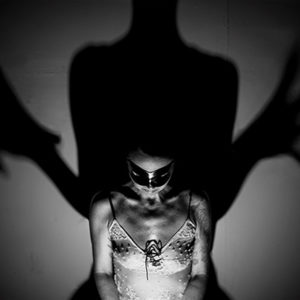 A  multi-media installation including a silent video installation displayed on screen(s), large photographic prints that are stills from/photos related to the video piece, and, space allowing, multiple projections on various surfaces including but not limited to the large printed photos.

The video piece and related images will display a series of motion portraits synching/melting/overlapping with each other at intervals.

Each participant in the piece will be lit, and adorned atmospherically in a particular way, expressing their individuality and persona while staged in a single set.

The interaction and editing of the portraits into each other will seek to blur the lines between gender, race, age, showcasing both the beauty and the grotesqueness of our commonality. Some transitions will probably be deformative, some intrinsically beautiful as all meetings/crossings of any kind often are.

Born in Paris of Austrian and Franco-Belgian parents, Alexandra was raised primarily in London before moving to the US where she obtained a Bachelor of Arts in Theatrical Set and Lighting Design from Bennington College in Vermont.  She pursued a design career in New York and Washington DC for several years before unforeseen events led her to work at the World Bank and as a high school teacher. A return to her native France included a Masters Degree in Contemporary French Literature, with a thesis on Cocteau, from NYU Paris, before several years as a project manager on International Development and Reform Projects financed by the European Commission throughout the Balkans and several former Soviet satellite countries. She moved back to the United States and settled in the Hudson Valley in 2013.  She works primarily in photography and film but continue to create large hyper realistic charcoals as well.