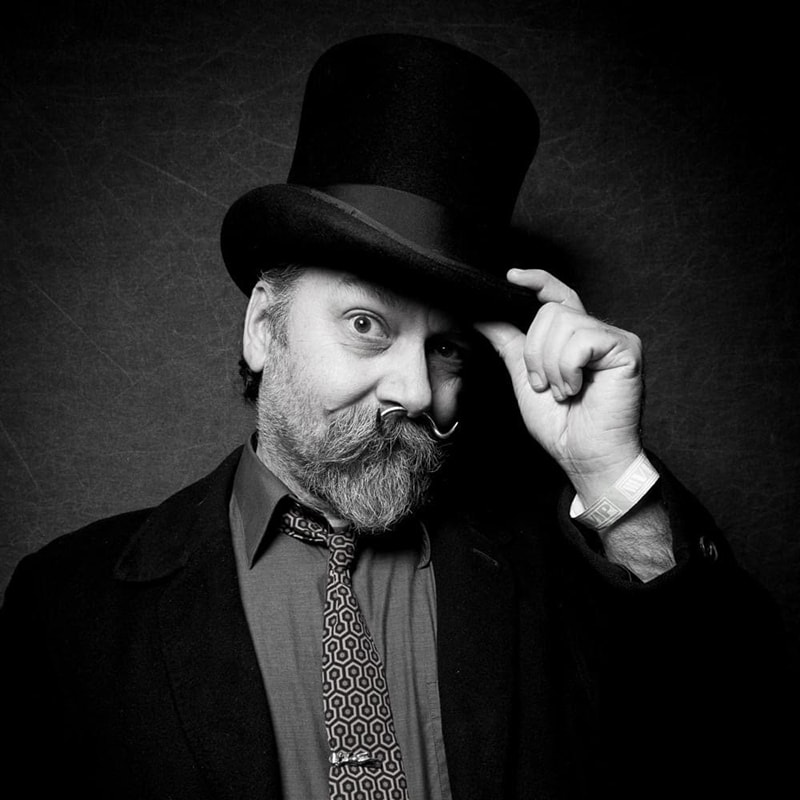 Voice Actor and performance artist Carl Welden has been delivering theatrically charged spoken-word since 1995, utilizing a dynamic blend of character voices, humor and insight. In addition to his acclaimed one-man show and, Carl toured for 17 years with Arm Of The Sea Theater (mask & puppet troupe), spent years announcing on-air at WGHQ Kingston and has also served the master of ceremonies for countless local festivals and events. He is currently works throughout the tristate area as a production sound mixer for film and television, as well as occasionally lecturing on sound, voice and the performing arts.
The rest of the while, he lives with his family in Rosendale, NY