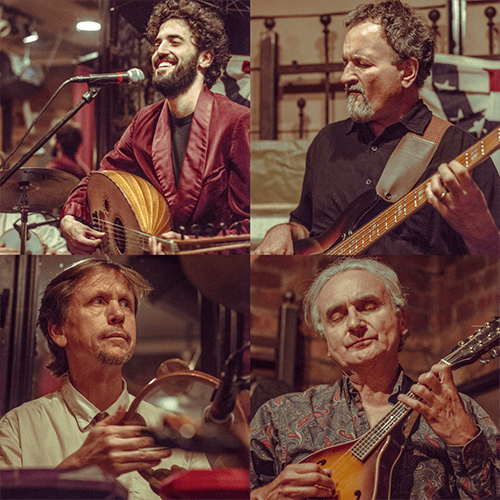 Datura Road sits at the crossroads of various musical styles that are finding new life in the Hudson Valley and greater New York area. By bringing together elements of the east and west the band creates a new type of world music that emphasizes song-form and groove, introducing new textures to the western ear. Their debut release, Datura Road, features instruments such as the ud/oud, doumbek, bansuri, and tabla, in addition to the more familiar guitar, bass, and drum framework. Besides unique instrumentation, the roughly thirty-year age gap between front man Matt Nobile (twenty-six) and the other three touring members will surprise most audiences. This accounts for the even wider age range among their listeners and likens the band more to jazz and world music contemporaries than it does to more mainstream up and coming artists.

In July Datura Road released their “Elephants Dream” EP, a collection of three instrumental pieces and one vocal piece titled “Görüşürüz”, the Turkish word for “goodbye” or “see you later”.

“Datura Road is a cohesive and heartwarming group, that offers tunes in varying styles. From warm dance grooves, smoky Latin ballads, and trance-like meditations that enliven the senses and create great joy from song to song in the program. Datura Road the album is a wonderful addition to any world music collection.”
– Shannon Smith, Sound in Review