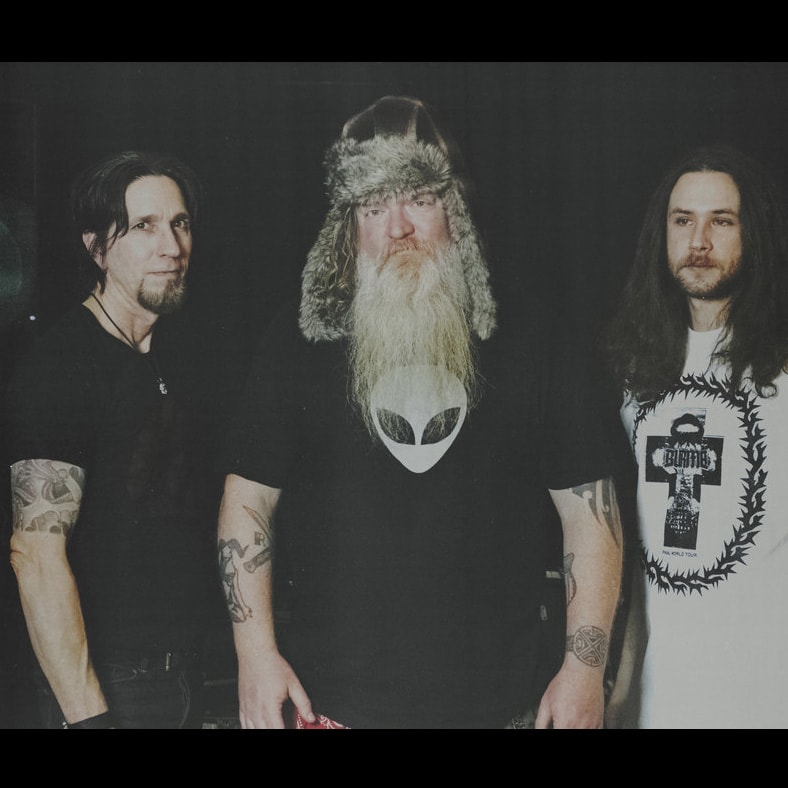 Based in Kingston, NY, Geezer formed in 2012 and have made a bluesy spirit a staple of their approach, and especially with 2014’s Gage and their 2016 self-titled leading into Psychoriffadelia, they expanded this idea to more open, jammier explorations, a take on heavy psychedelia still informed by the swamp that led to their first European tour in 2017, including Freak Valley Festival in Germany. They have shared stages with High on Fire, Acid King, Nebula, Earthless, Ufomammut and many more. After spending the better part of the last three years touring, writing and solidifying their lineup around guitarist/vocalist Pat Harrington, bassist Richie Touseull, drummer Steve Markota, the Kingston-based trio return with what is unquestionably their most realized work to-date, Groovy. It is their fourth long-player and solidifies their approach to trippy, heavy blues and classic songwriting.