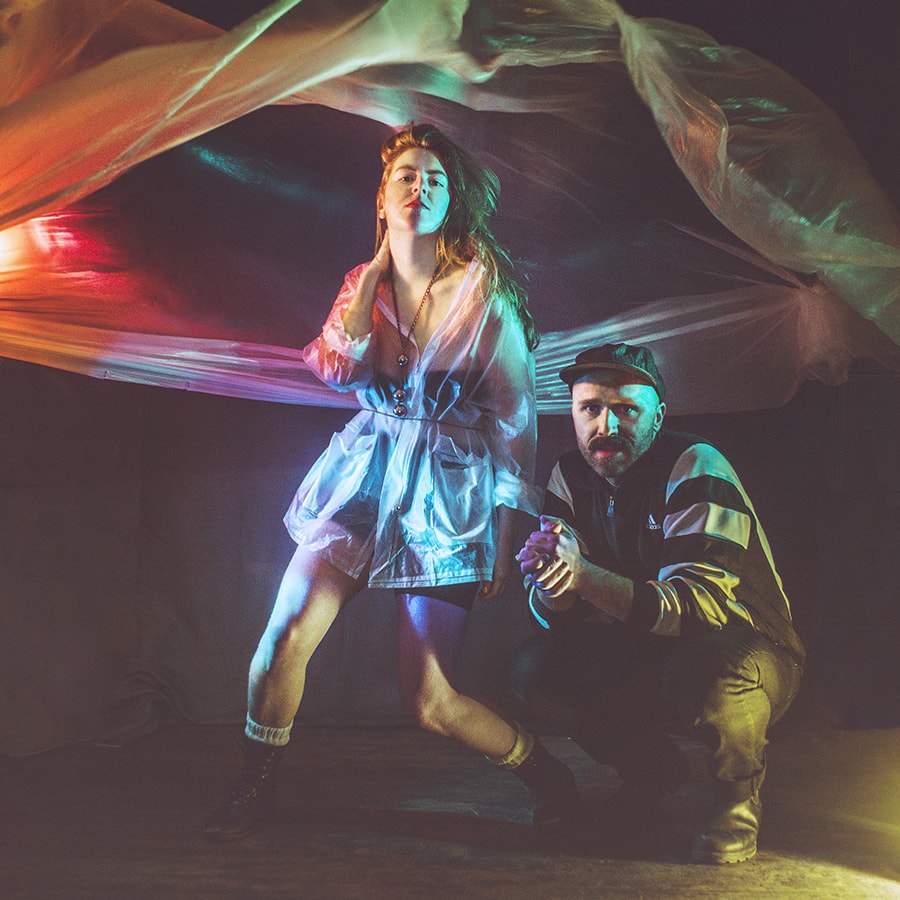 Sweethearts for over twelve years, Hnatow and Morgan have been been making music as Home Body since 2011. The duo’s chemistry and unique sound have garnered an enthusiastic fan base throughout New England and beyond. Drawing comparisons to The Knife, Bjork, Sylvan Esso, and early Eurythmics, Home Body has performed close to 400 shows across the North America since their inception, supporting acts such as Dan Deacon, Boy Harsher, Marco Benevento, And The Kids, Guerilla Toss, Pumarosa, and Downtown Boys. In addition to releasing their debut full length In Real Life on Feeding Tube Records, and a follow up EP Guts, the duo has scored fashion shows and dance performances and has made music for films and commercials. Home Body’s next full length album ‘Spiritus’, will be released in early 2019.