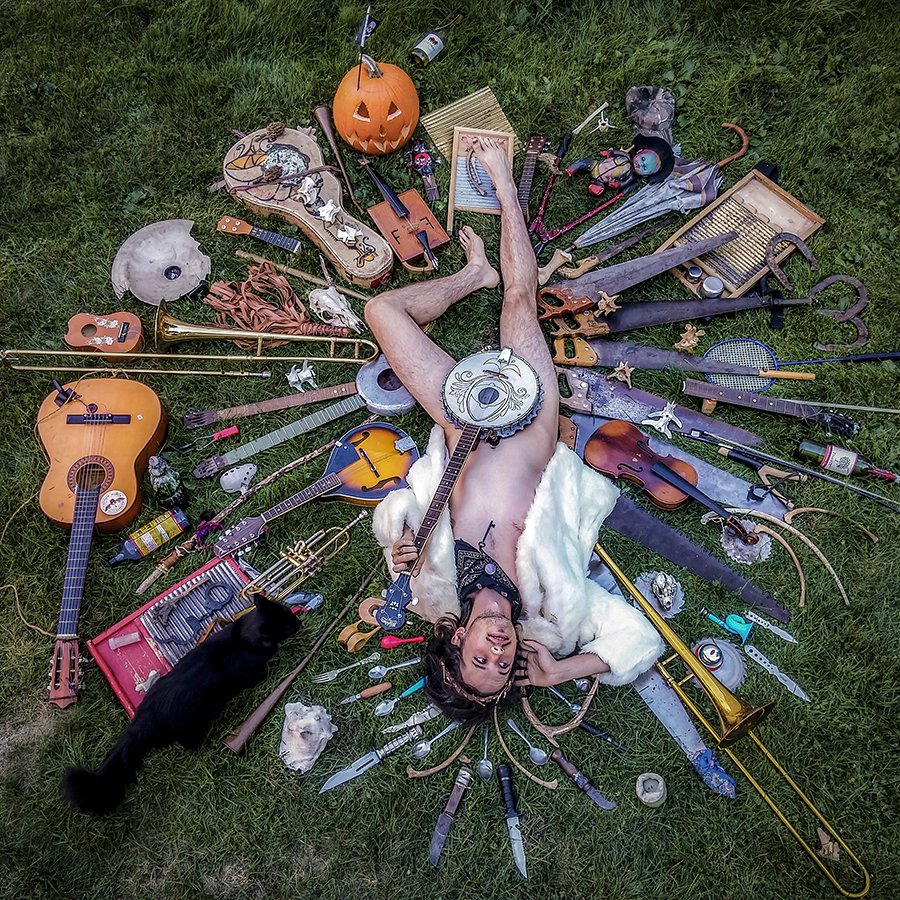 Jagweed is a one-(hu)man-band hailing from Vermont. Playing a mix of originals and (mostly) early 20th century American folk, country, pop, and jazz tunes through a very modern and somewhat experimental lens.

Most of Jagweed’s gear (and there is plenty of it) is either hobbled together from household junk or hand-built by the artist. A typical set will include a plectrum banjo (highly modified), a homemade “tenor snarejolele” (think the biggest head a banjo’s ever had paired with the shortest neck a banjo’s ever had), a kazoo so large it needs a separate stand to operate, a bass drum built out of an antique washtub, and no less than five other drums, broken cymbals, washboards, chains, ice picks, bells & street signs – most of which is controlled simultaneously with a smattering of mismatched kick pedals.

Hear Jagweed sing, holler, whistle, and play through overdriven tube amps for a truly vintage and unique sound – one that will have you out of your seat and dancing and hollering along![/vc_column_text][vc_column_text css=”.vc_custom_1556127358968{margin-bottom: 0px !important;}”]http://jagweed.bandcamp.com