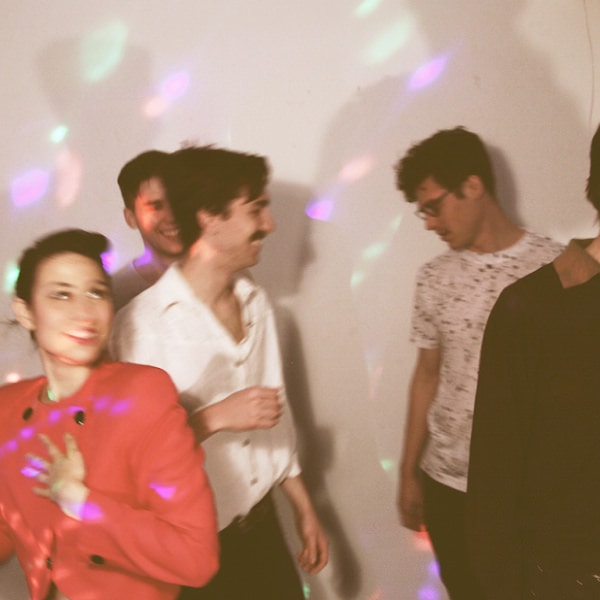 Pavo Pavo is an experimental pop band from Brooklyn, NY. Their debut record, Young Narrator in the Breakers, will be released in November 2016. The band started writing together while studying music at Yale, and since then its five members have worked closely with indie and classical heavyweights such as Here We Go Magic, Roomful of Teeth, Dave Longstreth, and San Fermin. Stereogum describes their music as “weightless pop that sounds like it was beamed down from a utopian future” Young Narrator in the Breakers walks through its songs with symphonic elegance – guitar stabs, washed out harmonies, and rumbling synthesizers come and go like guests at a party. The record describes the magic and panic of adult life; a breaker is a wave whose potential energy is being transformed into turbulent kinetic energy. Co-produced by Danny Molad (Lucius) and Sam Cohen (Yellowbirds), it is a romantic record in the tradition of Elephant 6, and a cohesive record in the tradition of Grizzly Bear. It’s our pleasure to introduce: Pavo Pavo.