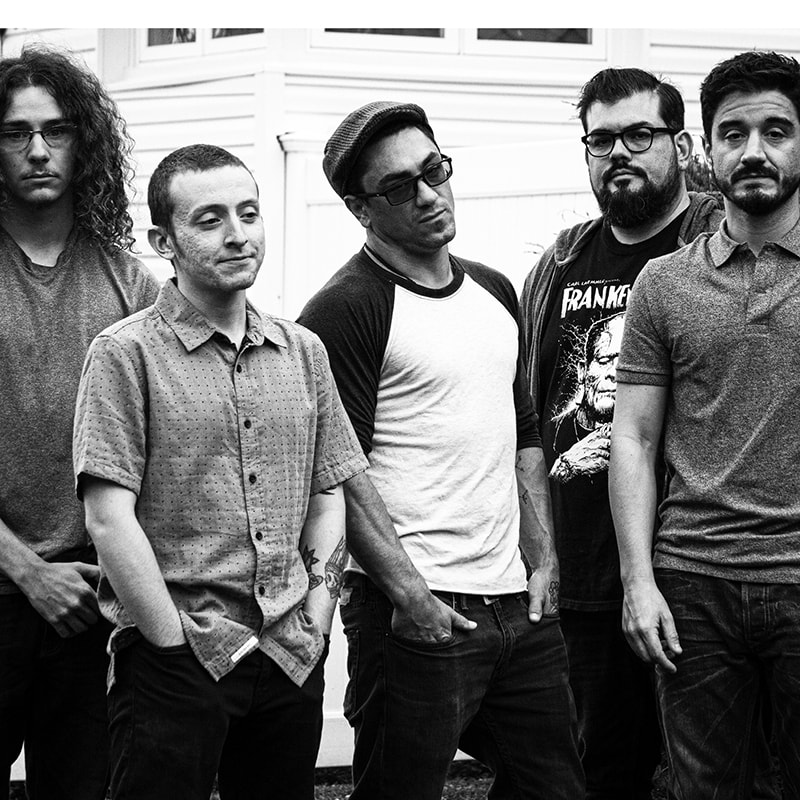 A name unlike any other before it, and most likely a name that will haunt your two-toned dreams forever. However tongue-in-cheek the name may be, the group takes its music seriously and is known for their raucous live shows and always-busy musical agenda. Formed in the pandemic winter of 2020, Skappository started as a four-piece consisting of Tony Morace (Sheep Surveillance, Splatterhouse) on vocals and guitar, Jess DeBellis (King Django, Top Shotta Band, Harold’s Trousers) on keytar, Mike Nigro (Butterscotch Stanley, Close Call) on bass, and Cody Phillips (Pin Cushion). Shortly thereafter, Christian Lesperance (Jersey Interchange) joined the group on lead guitar, and the lineup was solidified with five members. Taking a bulk of their influences from artists like The Suicide Machines, The Specials, Sublime and The Mighty Mighty Bosstones, the band quickly began writing their own brand of eclectic ska-punk songs, and were in the studio recording tracks even before performing their first live show in April of 2021. Skappository exploded onto the live music scene in the summer of 2021, keeping themselves busy with a full schedule of shows in Long Island and beyond, as they took to the road for a September mini-tour with dates all over Pennsylvania and upstate New York, including a set at Froggy Daze Festival alongside NYC ska legends, The Scofflaws.

The band’s debut EP, “Up Yours!” is a four-song treat for ska-punk fans, chock-full of blistering punk riffs, danceable ska grooves and melodic sing-alongs. The lyrical content ranges from social commentary on racist police officers, to thoughts on making the most of our time on this planet, to finding an itch in the worst place possible. The first single, “R U Rude 2?” is an examination into finding the right person to spend your time with, specifically one who speaks their mind without a filter.