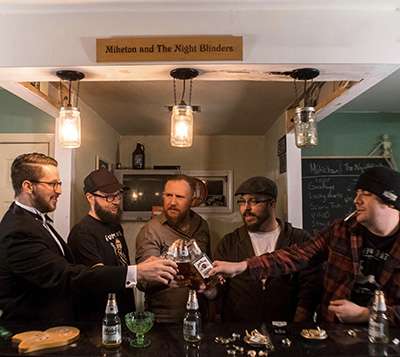 The Nightblinders are 5 piece folk rock band from the Boston/NH area. Originally an acoustic act, their debut “Building A Home” had a distinct bluegrass tone. By the following year the band adopted a more electric sound for their second album “The Guiding Light.” Over the last 3 years they’ve played hundreds of shows throughout New England and beyond. Sharing stages with such acts as, Austin Lucas, Tim Barry, Beans on Toast, and Two Cow Garage, earning a reputation as a stirring live band. The Nightblinders were also voted best band by the Hippo Press in their 2017-18 editions.