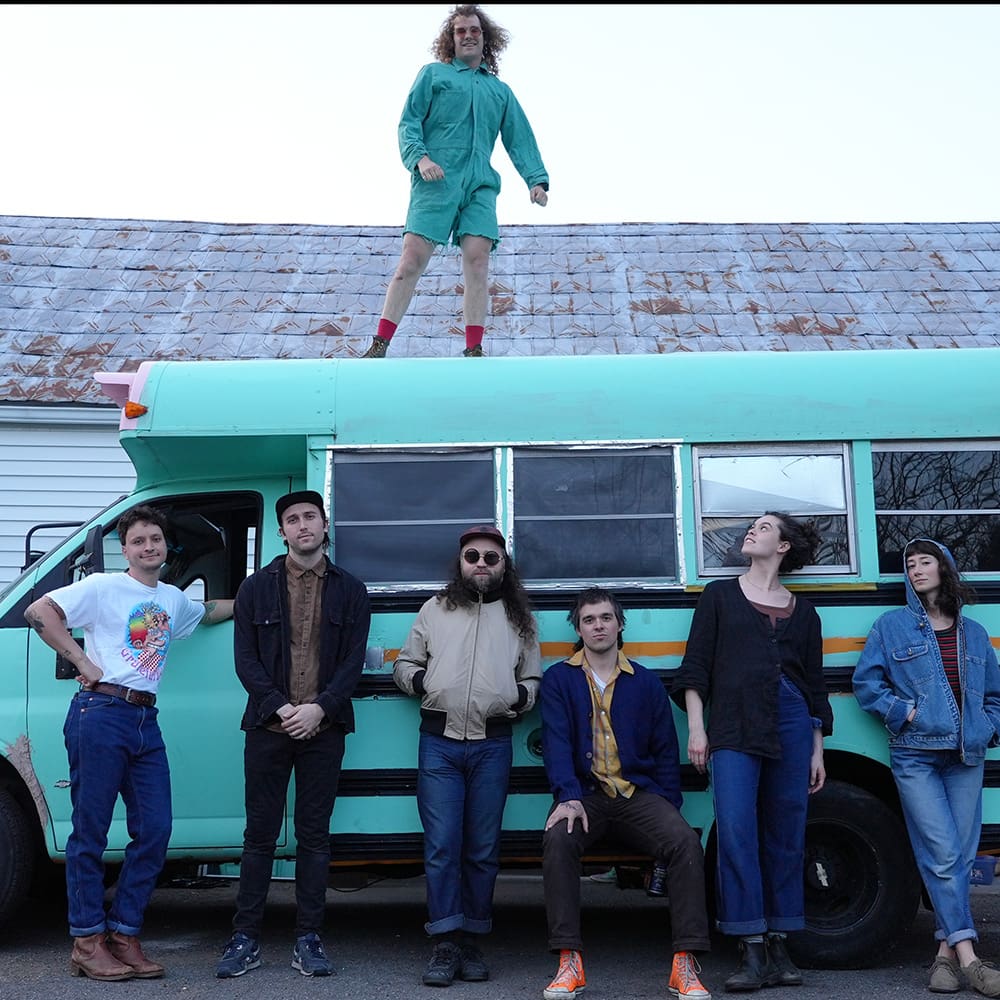 Carinae is a hyper-star in the constellation Carina and a band from Western Mass. An integral supporter of the local DIY arts scene, its members have hosted house shows with other underground bands from all across the country, including international artists. For the past 5 years Carinae has toured extensively up and down the east coast of the U.S. and in Canada, building something of a devout cult following along the way. Their three part vocal harmonies orbit around patchwork guitar and keyboard textures laced with driving rhythms. Carinae’s lyrics bring you home and stretch you out, like star gazing in an open field.

“…home to a major underground rock revival, thanks in part to Carinae, a Velvets-influenced psych band with three lead singers giving off big harmonies, and huge, winding riffs.” – Rolling Stone