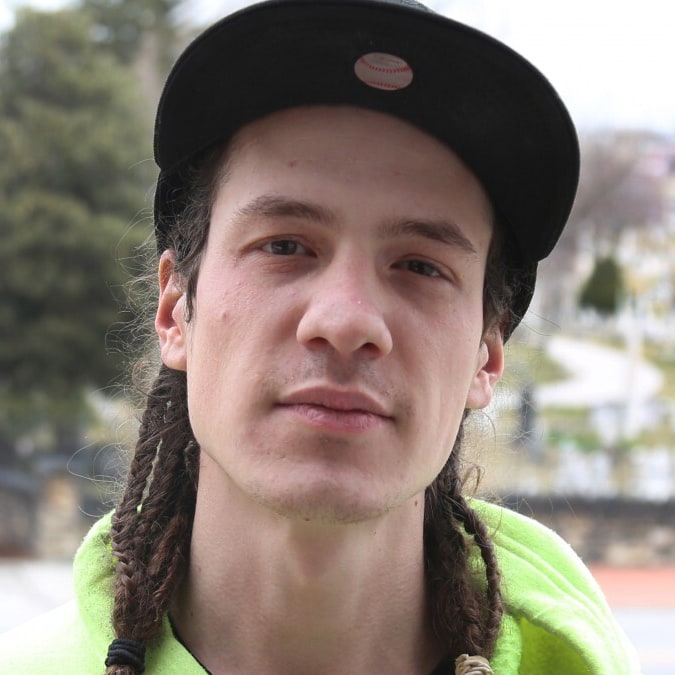 Gaia grew up in New York City and is a 2011 graduate of the Maryland Institute College of Art with a Bachelor in Fine Arts. His studio work, installations and gallery projects have been exhibited throughout the world most notably The Baltimore Museum of Art, Rice Gallery in Houston, the Palazzo Collicola Arti Visive in Spoleto and the Civil and Human Rights Museum in Atlanta. His street work has been documented and featured in several books on urban art, including Beyond the Street: The 100 Leading Figures in Urban Art, (Berlin, 2010) and Outdoor Gallery (New York, 2014). Gaia was listed as a 2015 Forbes 30 Under 30 in Art and Style recipient in Art and Style and was a Fullbright beneficiary to study and paint in New Delhi and Bogotá on behalf of the State Department. In addition to a prolific and precocious artistic practice, Gaia has curated projects funded by the National Endowment for the arts, and consults with brands, organizations and government agencies on creative place-making projects. Gaia lives and works in Baltimore, Maryland, but spends a majority of his time painting murals across the world and has produced works in all six habitable continents.