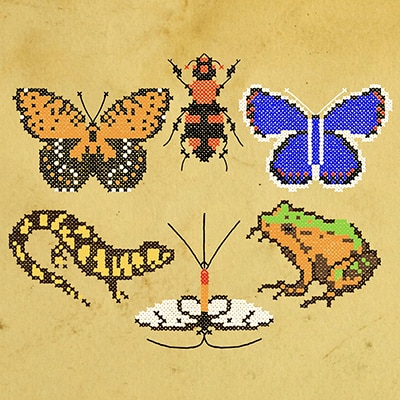 X is a placeholder for nothing. It means eXed out, eXtinguished, eXtinct. It is the absence of something that was once present. But X is also a crossroads, a coming together, a meeting point. It is two lines inseparably intertwined. It is a junction made stronger because it eXists. This meaning of X can be seen in construction, city planning, and craft — especially cross-stitch. This proposed mural is a cross-stitch sampler, done in a massive scale, and representing a selection of the most critically endangered species in New York. The x’s in the cross-stitch pattern are a reminder both of the impending disappearance of these species, and also of the deep interconnectedness of all things. There is a pattern underlying all of creation that binds life, events, and eventualities together. The proposed piece would be a call to action for all viewers to remember our connection with nature, and work together to find a solution to the man-made eXtinction events we have caused.

Born and raised in Tucson, Arizona, Jana moved to Brooklyn in 2009 after bouncing around Washington State, Scotland, and Southern India for several years. She’s always made art, and always been deeply influenced by the natural world. Her paintings and sculptures celebrate nature, love, and interconnectivity.