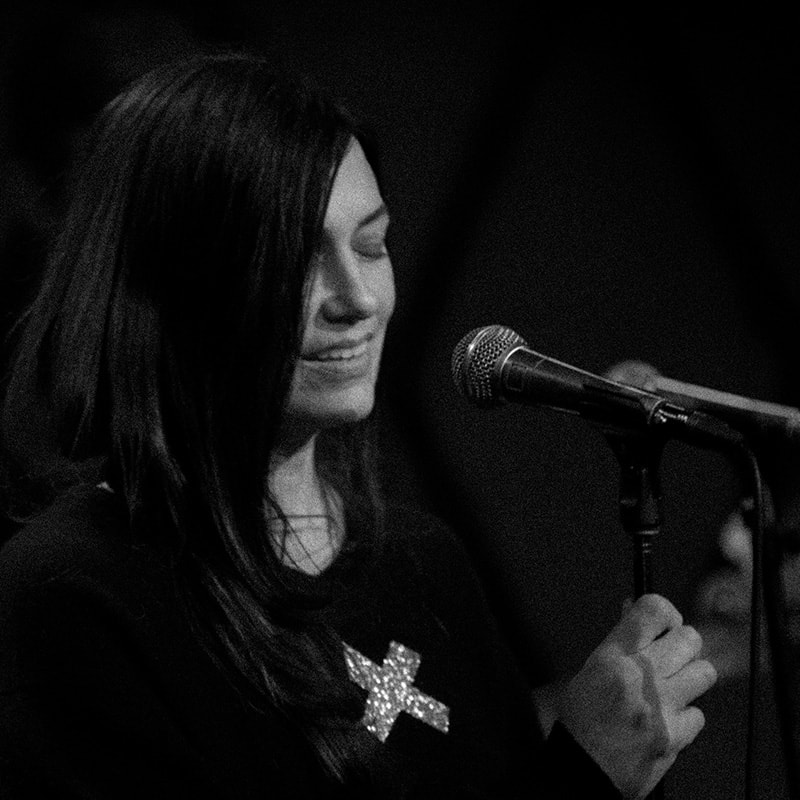 Sandy Bell is a songwriter, singer and musician who currently calls Woodstock, NY home. She has moved through a vibrant and textured musical constellation, playing most notably with the eternally brilliant Jeff Buckley, and contributed vocals on the Mercury Prize nominated ‘Bat for Lashes’ album. While Sandy’s music is expressionistic and lush, she is most interested in the ‘cathartic transmutation of grief into song’.

A review of her most recent record by music journalist Alex Green honored the album by saying:
‘When I Leave Ohio is beautiful, resonant work that’s stark and painful, oddly comforting and deeply, deeply sad. Sandy Bell’s songs have such poetic precision and crushing emotional exactitude, her work is nothing short of staggering.’