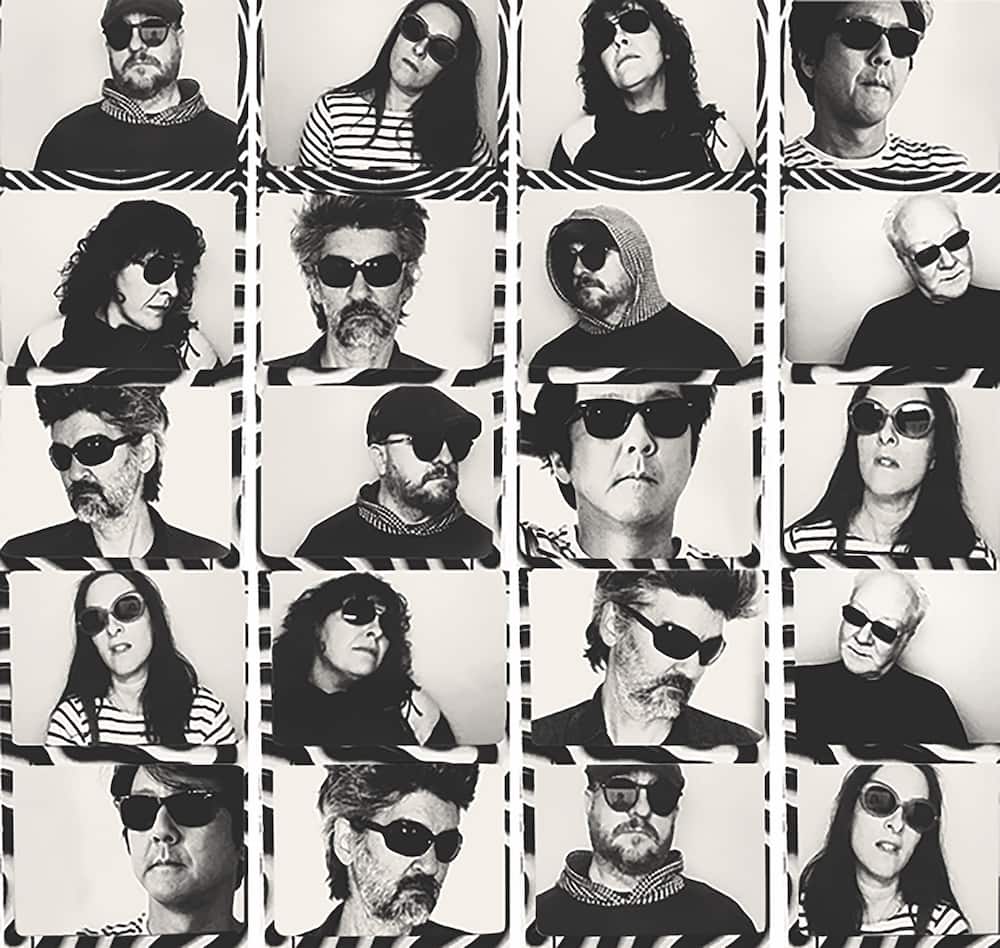 Brevity has often been the soul of Magnetic Fields composer Stephin Merritt’s wit. Though his most celebrated work—the 1999 milestone 69 Love Songs, the more recent 50 Song Memoir—has been epic in conceptual scope, the individual pieces of each have most often been beautifully crafted, slyly funny miniatures. The Magnetic Fields most recent album, Quickies, presents his most consistently miniscule miniatures of all, with the longest track, a reimagining of a Shaker hymn called “Come, Life, Shaker Life,” clocking in at 2:35 and the shortest, the no-minced-words “Death Pact (Let’s Make A)”, at seventeen breezy seconds.

Quickies, released in May, 2020 not only describes the format of this collection, presented in as five vinyl singles, but in many ways its contents too: short bursts of melody and lyrics sketching in dreams and desires, erotic reveries, and wishful thinking. Merritt’s approach is epitomized by “Bathroom Quickie,” forty-seven seconds of carnal craving sweetly voiced by longtime Magnetic Fields singer Shirley Simms. Merritt says; “Just as ‘The Book of Love’ has become the manifesto of 69 Love Songs, ‘Bathroom Quickie’ is the fulcrum of Quickies.” In it, consummation is just one restroom stall away, if only a discreet and available one could be found. Similarly, much of Quickies addresses longing, both real and fanciful: to find a safe and welcoming place to hang out (“Favorite Bar”); to sport vestigial appurtenances (“I Want Fangs and a Tail”); to wear black leather and ride a motorcycle (“I Want To Join a Biker Gang”); to indulge in nostalgie de la boue (“I Want To Be A Prostitute Again”). On the merry “The Day the Politicians Died,” Merritt seems to be channeling nothing less than the unspoken but fervent hopes of America’s teeming masses.

The idea for Quickies developed While Merritt was recording 50 Song Memoir—Magnetic Fields’ 2017 five-disc collection of fifty tracks, each one addressing a year of Stephin’s life up to the age of fifty. The 50 Song tracks had been composed prior to Merritt entering the studio, so Merritt had time to work on something new: “I didn’t have anything to do at night, so I doodled essentially and wrote a lot of short things that seemed complete on their own.”

Merritt recorded Quickies in Brooklyn, Boston, and San Francisco with his familiar cast of Magnetic Fields characters. Shirley Simms shares lead vocal duties with him, essaying racy scenarios with squeaky-clean aplomb, as Merritt notes: “I love having Shirley sing sexy lyrics in her Catholic school-girl voice. I never sound innocent no matter how innocent I am. But she does, while being in fact no more innocent than I am.”

Quickies is the twelfth Magnetic Fields album, the fifth recorded for Nonesuch, in a career spanning three decades. In addition to Merritt’s acclaimed work with the band, he has composed original music and lyrics for several music theater pieces, including an Off-Broadway adaptation of Neil Gaiman’s novel Coraline, for which he received an Obie Award. In 2014, Merritt composed songs and background music for the first musical episode of National Public Radio’s This American Life. Merritt also releases albums under the band names the 6ths, the Gothic Archies, and Future Bible Heroes. Upon the release of 50 Song Memoir, New York magazine called the box set “a celebration of Merritt’s sky-high range as a writer and a player, through the exploration of the circumstances that helped cultivate it … a delightful flip through the untold back pages of one of rock’s most singular voices, and, all in all, the best damned Magnetic Fields album in the last ten years.”

In contrast to 50 Song Memoir, Merritt states: “I should emphasize that although that last album was non-fiction, this album is definitely fiction and I do not in fact wish that I had fangs and a tail. I do not in fact wish I was in a biker gang. Well, hmmm. I sometimes wish I were in a biker gang, but not that particular kind. I was not actually a prostitute, but I have two friends who have literally said to me, ‘I wish I were a prostitute again.’”